The release rig was originally designed by Jens Bursell back in 2007 – and the first versions of this revolutionary new system was made for pike fishing with jerk baits.

The idea behind this new concept is to enable the use of much smaller and better penetrating hooks – and at the same time create a system, that inflicts less damage to the fish in terms of shorter unhooking times, less bleeding and smaller hook wounds. After over ten years of practical test and thousands of fish caught on the system the conclusion is clear: With these rigs – and variants over the same concepts – you will increase you landing rate from 45 % go 85 % with most types of artificial baits – not only for predators like pike, zander and perch – but also salmonids like trout and salmon. The improved landing rates and less damage to the fish seen in a catch and release context has been documented for pike on a scientific level in the american journal PeerJ in 2018 – read the article here https://peerj.com/articles/4744/

Since the early days loads of variants over this concept had been designed by Jens Bursell – and today we have systems made specifically for not only hard baits, soft baits, spinners and flies – but also natural baits. The system is universal – and you will experience the same higher landing rates for all types of predators in the world if you adapt the general principles of the release rigs to the different species.

Read much more about the ideas behind fishing with release rigs in the book “Pike Fever” also sold on these pages. 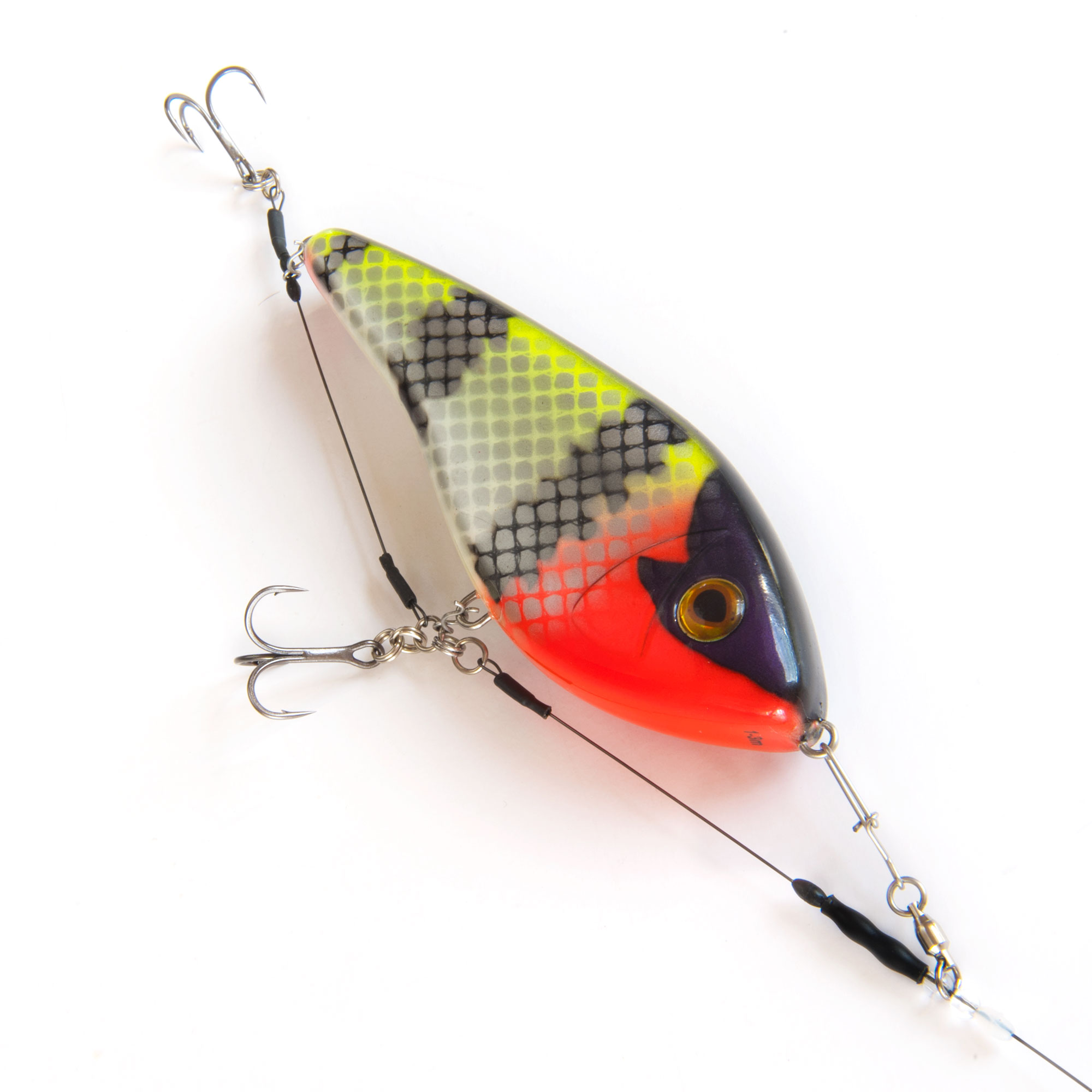